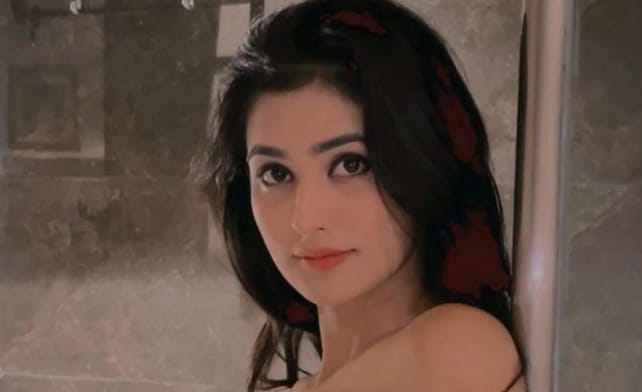 Sanchi Rai Age, Bio, Movies, Wiki, Height: Sanchi Rai is an Indian model, actress, Instagram star, and social media starlet who was born on 4 September 2001 and is currently in 2022 is 21 years old. She is widely popular for playing the supporting role of Gudiya in the 2022 film ‘’Aaye Hum Barati Barat Leke’’ and the lead role in the ‘’Jeene Ki Umeed Tumse Hi’’ movie. Recently, in October 2022, she was featured in the music video ”Abki Baarish Mein” along with Paras Arora. Besides this, she has been the face of different fashion and cosmetic brands.

Sanchi was born on 4 September 2001, in Moradabad, Uttar Pradesh, India. She completed her schooling at the S.D.M. Intercollege in Moradabad. Currently, she studied at T.M.U University to pursue a BA-LLB degree. She is 21 years old (as of 2022). The article will blow a light on Sanchi Rai’s Biography, Wiki, Age, Birthday, Height, Weight, Net Worth, Family, Boyfriend, Relationship, Instagram, Phone Number, Real Name, and more. Check out Rhea Gurnani

As of 2022, Sanchi Rai is 21 years old. She celebrates her birthday every year on 4 September alongside her family and friends. Her zodiac sign is Virgo.

Sanchi Rai’s height is about 5 feet 6 inches or 167 centimeters or 1.67 meters and 58 KG in weight. While her hair color is black and her eye color is also black. She has acquired a stunning and captivating physique. Her body measurements are around 32-28-34.

In 2021, Sanchi made her movie debut by playing a lead role in the ”Jeene Ki Umeed Tumse Hi” movie. In the same year, she was cast in the romantic drama film ”Loppalaki Ra Cheptha” movie starred by Vani Aida, Manisha Jasnani, and Ramesh Kaiguri.

Then in 2022, she featured a minor role as Gudiya in the Bhojpuri film ”Aaye Hum Barati Barat Leke” movie by Vishal Verma. As per IMDB, she has signed for Sanjiv Jaiswal’s upcoming crime-mystery-thriller movie ”Fareb”. Here she will be featured a lead character Naina with co-actors Vaansh Goswami and Aniruddh Dave.

With a growing fan following as an actress, Sanchi was signed for a Hindi music video ”Abki Baarish Mein” which was sung by Raj Barman and Sakshi Holkar. The video was released in September 2022 and has gained millions of views on Youtube.

Sanchi is a model, actress, Instagram star, and social media starlet. Her fans are seeking to know about her wealth or earnings. As per sources available on the internet, it is said that Sanchi’s major sources of income are acting, social media platforms, modeling, and brand endorsements. From there, she earns an estimated net worth of 50 Lakh Rupees in 2022. As her career is active, it is expected that her net worth will be increased in the upcoming years.

Talking about Sanchi’s family, her mother’s name is Neeta Bhatnagar. She has a brother named Ehsan Rai. Her parents’ brother and maternal grandma have appeared on her Instagram account.

Who is the boyfriend of Sanchi? Till now, Sanchi never disclosed anything regarding her love life. Until that happens we only can assume that Sanchii’s relationship status is single and fully focused on her growing career.

Sanchi began her social media journey on different social media platforms like Instagram. Initially, she began posting lifestyle, captivating pictures, modeling content, and short videos on Instagram. Gradually, which seized the attention of people and made her popular on the platform. Her first post on Instagram come on 14 April 2019, which was a picture of herself with her brother.

Does Sanchi Rai, Smoke? No.

Does Sanchi Rai, Drive? No.

Is she a Jogger? Yes.

How old is Sanchi Rai?

When is the Birthday of Sanchi Rai?

Where is the birthplace of Sanchi Rai?

What is the Height of Sanchi Rai?

How much is the net worth of Sanchi Rai?

What is the phone number of Sanchi Rai?

Sanchi Rai’s phone number is unavailable at the moment.